Ten Great Portraits and Where to See Them


The Laughing Cavalier by Frans Hals 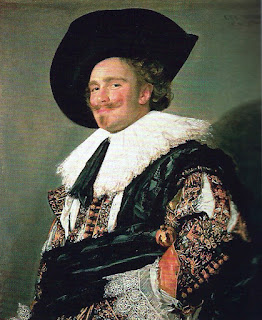 Nobody really knows who this man was ,he was not a cavalier but a wealthy, fashionable man aged about 26 living in the Netherlands in 1624.The love symbols on his sleeve of hearts and flaming torches suggest this may have been a betrothal portrait.

You can see this portrait at The Wallace Collection , London UK

Girl With A Pearl Earring by Vermeer 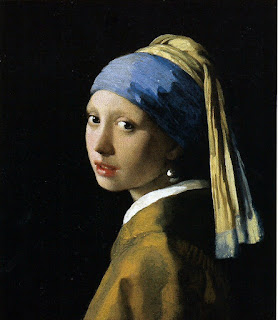 This much loved portrait is a character painting with the girl possibly a servant ,dressed in various props owned by Vermeer.A recent novel and film with the same title as the painting suggest that the expensive earrings were borrowed Vermeer's wife,she was not pleased.


This painting may be seen at Mauritshuis ,The Hague, Holland


Self Portrait by Rembrandt 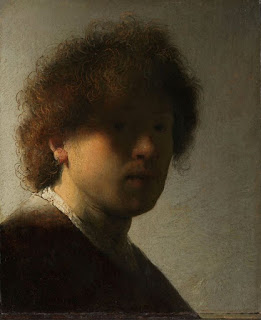 As a young artist Rembrandt was short of models so he painted himself looking much like a modern pop star with a mop of hair.The subtle tones show early promise of his ability to use a narrow range of colours to create atmosphere and light.

This painting may be seen at The Rijksmuseum in Amsterdam,Holland. 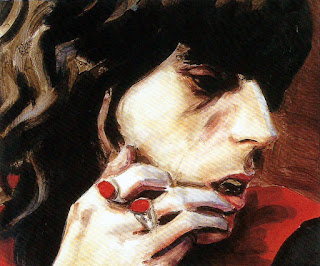 This painted portrait of Keith Richards was taken from a clip from the film  Gimme Shelter . Many contemporary portrait painters use photographs to capture their subjects.

This painting may be seen at Soloman R Guggenheim Museum New York U.S.A. 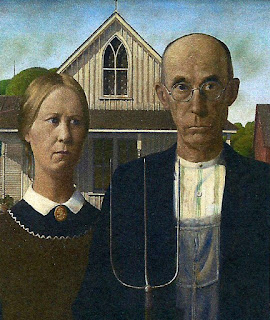 This strangely buttoned up pair were staged by Grant Wood using his sister Nan and his dentist  Dr B.H.McKeeby as models.Various interpretations have been made about this iconic work.Suggestions that it was a satire of the Midwest and its conservative values were rejected by the artist.

This painting may be seen at  The Art Institute of Chicago ,IL,USA

Three Studies of The Head of A Young Negro by J.A.Watteau 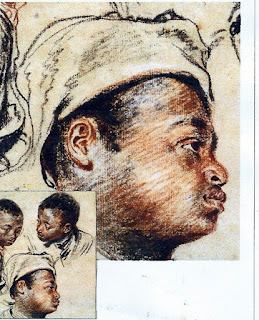 The French artist Jean-Antione Watteau was a prolific portrait painter.He made many drawings of his subjects before putting them into larger scenes and groups off people.These preliminary drawings often had great charm like the studies of this boy.

Many of the drawings may be viewed at www.jean-antoine-watteau.org

Woman With A Coffee Pot  by Paul Cezanne 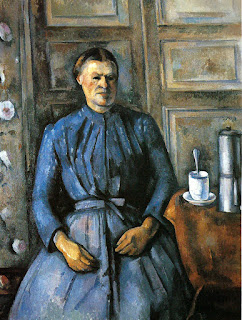 Cezanne was known as a slow and painstaking worker who would fly into a rage if the slightest thing upset him.The solid figure of this country woman is sitting in a room adorned with paintings on the walls suggesting that she is a servant in a wealthy household.The cylinder filter coffee pot and woman's blue cotton dress are typically French.

This painting may be seen at Musee d'Orsay, Paris

Self Portrait by Vincent Van Gogh 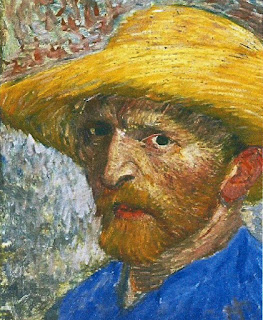 Painted before madness completely took over this is Van Gogh in the sunny south of France.The application of brush strokes of pure colour which typify his style can be seen here especially in the straw hat. 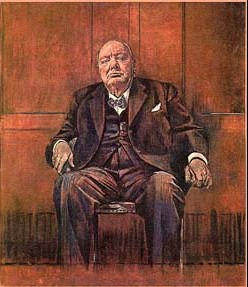 This portrait of Winston Churchill was commissioned  as a gift to Churchill.For a while it hung in the family home at Chartwell .Churchill absolutely loathed it and his wife, Clemmie was convinced that it was making him depressed.She threw it onto a bonfire in the garden and it was completely destroyed.

There is nowhere you can see this work apart from photographs like this.

Janet Cockerill
Cambridge, Cambridgeshire, United Kingdom
I have drawn and painted all my life.After retiring from a career as a professional home economist I gained a B.A.(Hons) degree in art history and a diploma in fine art. I sell my work and have paintings in collections in many countries around the world. I paint scenes from modern life. I draw inspiration from the people, children ,and landscapes and gardens and parks and the art museums and galleries that I see around my home in the lovely city of Cambridge U.K. You will see some links to Amazon.I am not an Amazon associate seller,they threw me out as I am a hopeless sales lady, I do not get commission. I have left the links there as they may be useful to some viewers. I have worked on my family history for many years but the lockdown brought about by the terrible covid virus confined me to home and gave me time to review my story so far. A took a DNA test and was shocked to find that my straight laced ancestors were far from the icons of respectability that I had supposed them to be resulting in me finding some unexpected cousins. I now have another blog, Ordinary People